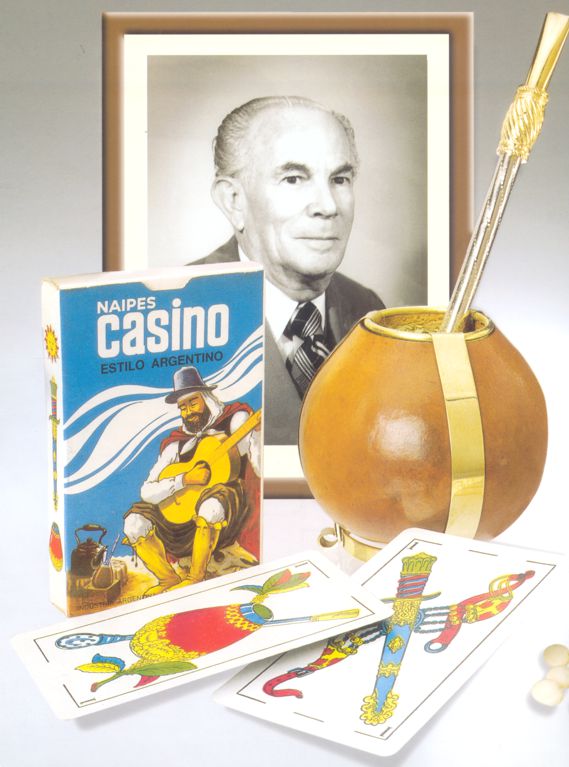 Mr. Justo Rodero, Spanish inmigrant arrived to these lands of very young, in the first years of this century, he settled down in the city of Buenos Aires. In this he began to be interested early in the graphic arts. It is so him same he prepared and it manufactured in the decade of the '20 one machine for the production of tickets for transport publish, activity this that exercised during those years and he decided to leave toward ends of the same decade, in 1929. Next, in 1930, it founded the first one it manufactures of Playing Cards for game. Starting from that moment the company created by this entrepreneur one had a sustained growth, becoming here though the years leader of the activity in Argentina and with active presence in the markets of the Uruguay, Paraguay and Chile.

Along 70 years three generations of the family Rodero has been happened in the management of the company. The second of them represented by the Gentlemen Alberto and Justo Rodero (S) they gave a jump vital management when inaugurating the production plant, administration and sales in the year 1970, later on enlarged and improved counting at the present time with more than 2.500 built square meters, concentrating all the effort management there to achieve products of high quality, just as they are the trade marks Casino Celuplastic, Casino Plastificado, Caisno Sidecar, in their French, English and Spanish styles. In the years '40 were designed and later on the Playing Cards Argentinean Style took place for the game of the Truco, faithful testimony of the works and the men's of our field abilities. This product today in day is of collection.

The so much high and efficient controls of quality of the raw material and supplies as well as those made to the final products, make them to have good dependability so much in their versions for Professonal Game as for the entertainment of Families. In the technological plane as extremely important qualitative jump has been given during the second half of the decade of the 90, applied to the design and impression of Playing cards. The modern machines of European origin of it last generation that they make to the essence of the product, they go from the impression going by one minted, packed automatic, until an expeditious system of deliveries to the client in previously programmed times. All procedures by certification of Norms ISO 9000, in process of final approval.